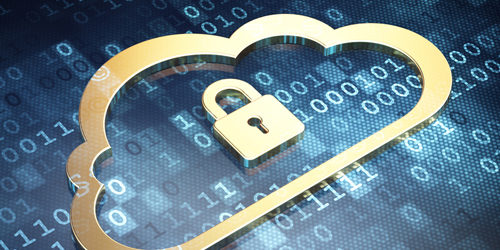 DoD Impact Level 5 PATO compliance is one of the hardest and strictest compliance authorizations that an organization can achieve. Only six companies have ever received an IL5 authorization from DISA. Currently only four companies still hold their DoD IL5 PATO authorization.

Oracle is a computer technology corporation, dedicated to innovative technologies and “enabling companies to re imagine their businesses, processes, and experiences.” Their Federal Managed Cloud Services (FMCS) provide services to Government agencies at the FedRAMP and DoD at Impact Level 5. The FMCS continues to meet compliance demands and security regulations and provide security for the most sensitive data.

The Defense Information Systems Agency (DISA) is a United States Department of Defense (DoD) combat support agency. DISA’s vision is, “to be the trusted provider to connect and protect the warfighter in cyberspace.” DISA’s milCloud 2.0 is DoD IL5 compliant at the IaaS and PaaS levels. MilCloud is a cloud-services product that is tailored to meet the rising needs of the DoD.

Microsoft is a technology company that offers a variety of products and services. Currently, Microsoft has two products, Microsoft Azure and Microsoft Office 365-vNext, that are IL5 PATO compliant. However, “Microsoft has partnered with the DoD to expand the IL5 Provisional Authorization [IL5 PATO] granted by the DoD to all Azure Government regions.” This expansion of services means mission owners will be able to leverage managed services to become more productive. There are currently over 25 services available across all Azure Government regions at IL5.

Project Hosts is a cloud service provider (CSP) that Federal and State Government agencies rely on to protect their sensitive information and remain compliant with FedRAMP and DoD IL5 PATO regulations. DISA granted a DoD IL5 PATO at the PaaS level to Project Hosts’ Federal Private Cloud. The Federal Private Cloud is a pre-audited environment that gives organizations turnkey compliance for their entire applications. This removes a key barrier to migration from on-premise or AWS deployments into Azure. DoD Mission Owners and ISVs now have the ability to place their applications in a DISA validated cloud environment that satisfied 87% of the IL5 controls along with services to manage the remaining application-level controls.

Project Hosts is the only company awarded DoD IL5 PATO that will take full responsibility in securing customer applications. We are the go-to solution for both DoD agencies and ISVs who require IL5 compliance. We will also manage and provide continuous monitoring for applications deployed in the Federal Private Cloud. Project Hosts is the first company with under $1 Billion in revenue to receive a DoD IL5 PATO, highlighting our dedication to security compliance standards.

The Federal Government ATO Process: A Guide for ISVs
March 22, 2022